It’s the Stanley Cup Playoffs. The Kings have made it to the Western Conference Final. This is SERIOUS. Therefore, until further notice, I am hereby discontinuing the “The Other Guys” feature, in which I highlighted sexy guys from the opposing team.

Instead, I will show all the sexy guys from the Los Angeles Kings, of which there are many. Let’s call this feature, MY GUYS, shall we? Wishful thinking.

Let’s start with an “A,” Alec Martinez. Alec is on fire right now. He’s been beast on the ice lately. He’s really had to step it up because we were down a couple of defensemen (Willie Mitchell and Robyn Regehr) due to injury.

He’s from Michigan. He was once a San Jose Jr. Shark. In 2010 on my birthday, he was recalled from the Monarchs to play for the Kings and on the very next day he scored his first NHL goal. He is a Stanley Cup Champion.

This isn’t really eye candy, unless you’re a die-hard hockey fan. Personally, I think this photo is inspiring. It’s of a man, doing what he was born to do, and doing it very very well. This was taken in 2012, when the Kings won the Cup.

There is really nothing like a half-naked, wet athlete. Nothing. Look at those thighs!

Here’s a provocative photo of him with the cup. Holy muscles, the man is a lean, mean hockey machine. 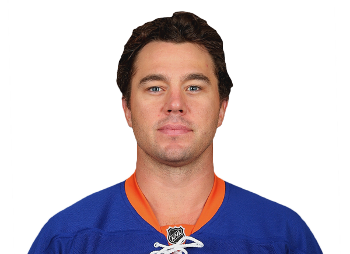 The Kings won last night against the Sharks, 1-0. Holy moly did we need those two points! And only 24 hours later, they have to play again.

Tonight they face another Western Conference team, the Phoenix Coyotes.

Antoine Vermette is 31 years old. He’s a center man and he’s married. He got his third career hat trick just two days ago.

Here he is looking a little scruffy.

Here he is with is bride. They look adorable, but…what’s with the umbrellas?

And because this eye candy picture was there, here he is semi-shirtless.

Photo from Hockey for the Ladies, 25Stanley, Life is Peachy.

Although depressed about the Kings recent losing streak, I am optimistic about tonight’s game against the Canucks. Not for any hockey specific reason, like stats or having a history of winning against that particular team. I’m just an optimistic person.

When browsing the Canucks’ roster for a handsome player to feature today, I saw the name Jason Garrison, which cracked me up because I have a friend whose husband is named Jason Garrison. Needless to say, my friend is not married to an NHL player. Anyway, the Canucks defenseman was pretty cute, so I didn’t have to look any further.

It’s my day off today and I have some writing to do, so I’ve got to go.

Photo credit: Jason Kurylo for Pucked in the Head and Hockey Talk with Courtney